Montreal, Quebec / TheNewswire / March 16, 2017 – St-Georges Platinum and Base Metals Ltd. (CSE: SX) (OTC: SXOOF) (FSE: 85G1) is pleased to announce that it has successfully completed its due diligence review of Iceland Resources EHF and signed a final definitive acquisition agreement. Subsequently to this transaction, St-Georges now own all of the outstanding shares of Iceland Resources. St-Georges’ new subsidiary now owns multiple polymetallic exploration & development projects in Iceland and has direct or indirect access to all active mineral tenure, claims and mineral leases in Iceland.

Nomination to the Board of Directors

Mr. Vilhjalmur Thor Vilhjalmsson, chairman and biggest shareholder of Iceland Resources, will be joining the board of St-Georges. Vilhjalmur has been a director of civil and mining construction companies, financed and managed mining and mining service corporation and has been involved in the mining exploration and civil construction business for over 20 years. Vilhjalmur, also a venture capitalist, has operated and funded projects in Iceland, Greenland, Norway, UK and Africa

Iceland Resources EHF is an Icelandic corporation with gold/silver/copper/cobalt/zinc projects in Iceland. Amongst its projects are the 100% owned Reykjanes developmental project covering 897.5 km2 of licenced area that is in close proximity to Reykjavik and Keflavik and the gold project of Thormodsdalur located approximately 10km east of the city limits of the capital Reykjavik.

St-Georges’ priority in Iceland will be to further explore the Thormodsdalur (Thor) gold project, which is currently in the process of being permitted for drilling later this summer. The company plans a 3,000 meter diamond drilling campaign that will be comprised of twin-drilling certain historical drill holes and will add in-fill holes in the identified gold trend which strikes some 700 meters that has seen drilling in 2006. The objective will be to gather enough data to be able to establish a first resource estimate by year end.

Management of St-Georges will be publishing the summary of a geological due diligence report focused on the Thor Project and the drill core chemical analysis results that was commissioned to Dr Natasha Henwood as soon as Mr. Joel Scodnick and Mr. Herb Duerr, both Qualified Person under National Instrument 43-101, complete their review.

Thormodsdalur is located about 20km east of the city centre of Reykjavik and south-east of the lake Hafravatn. The project was discovered in 1908. The property produced mineral concentrate from 1911 to 1925 when over 300 meters of tunnels were dug below surface excavations. The ore recovered was transported to Germany and historic sources reported values ranging between 11g/t and 315g/t Au. Note: All information pertaining to mineral resources, grades or operational results herewith presented are historical in nature and while relevant, the information was obtained from sources that cannot be independently verified.

More recently, visible gold was seen in core from geothermal wells located on the project. This new discovery compelled the Icelandic government to create a mining entity for gold exploration in Iceland called Malmis.

Studies between 2005 and 2013 identified the project mineralization as a low sulphidation system containing banded chalcedony and ginguro. Petrographic analysis of the vein material identified gold occurring in its free form and as part of an assemblage with pyrite and chalcopyrite. Petrographic and XRD studies show an evolution of the vein system from the zeolite assemblage to quartz adularia and lastly to minor calcite. In the area, 32 holes have been drilled for a total of 2439 meters. Gold values vary from less than 0.5 g/t to a maximum of 415 g/t. (These values were obtained from selected random intervals and cannot be construed to be representative of any particular thickness or overall length).

Iceland Resources entered into a Joint Venture agreement with Melmi EHF, Malmis EHF (majority government owned) and Gold Island Limited. Melmi is the owner of the Thormodsdalur license that was first granted in October 2004. Melmi is owned by Malmis (51%) and Gold Island (49%).

St-Georges obligation in order to complete the earn-in agreement and to crystalize its initial equity position of 41% of the joint-venture on Thormodsdalur is for St-Georges to complete an additional 3,000 meters of drilling and publish a NI 43-101 compliant resource. Other Joint-Venture partners at this stage are the Iceland government controlled Malmis (30.1%) and Gold Island (28.9%) with St-Georges being the operator. 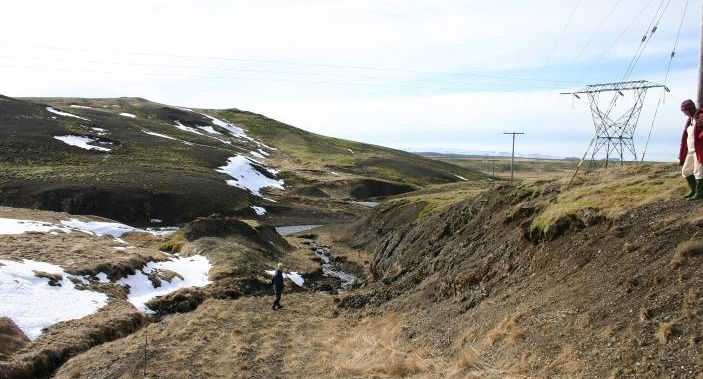 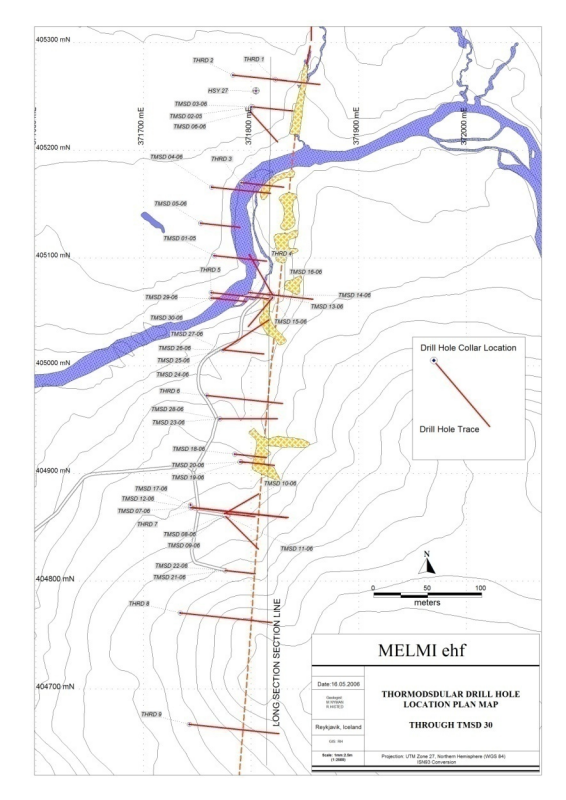 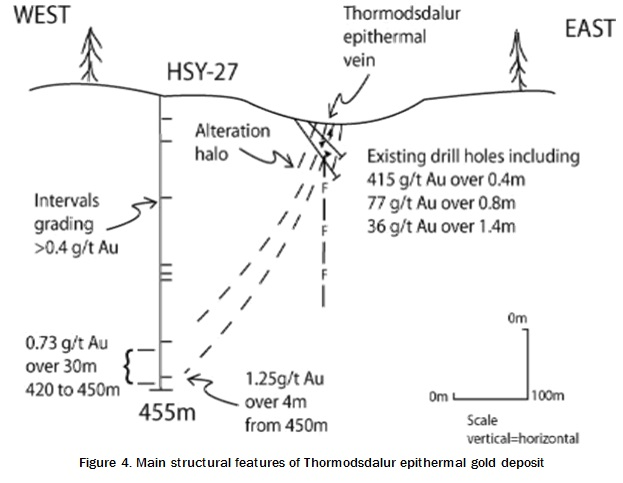 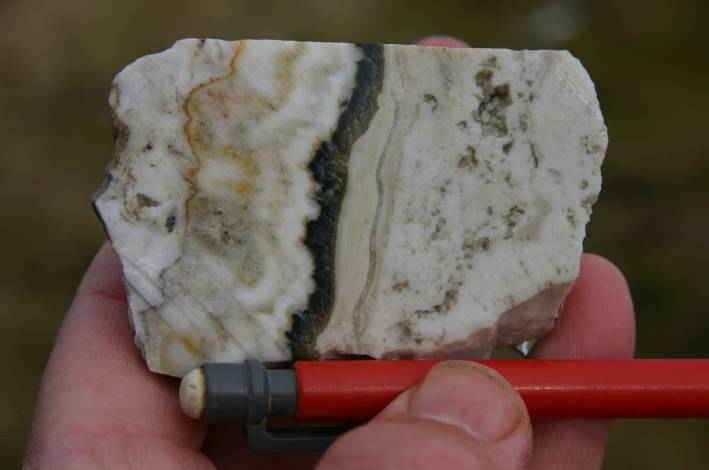 General Disclaimer: The current press release contains references to mineral sampling results from sources in the geological literature published by departments in the Icelandic government. . St-Georges has not sampled and analysed all of these samples. Readers should exercise caution as real width, depth or length of mineralisation encounter is not always defined. No resource estimate that is compliant with the standards of the National Instrument 43-101 is currently available.

The technical information in this release has been reviewed and approved by Mr. Herb Duerr, P. Geo. and Mr. Joel Scodnick, P.Geo. St-Georges vice-president exploration, both ‘qualified person’ as defined by National Instrument 43-101 Standards of Disclosure for Mineral Projects.

ON BEHALF OF THE BOARD OF DIRECTORS

St-Georges is developing new technologies to solve the biggest environmental problems in the mining industry. If these new technologies are successful, they should improve the financial bottom line of current mining producers. The potential success of these technologies would also involve upgrading certain current known metal resources to economic status while addressing the environmental and social acceptability issues.

The Company control directly or indirectly all of the active mineral tenures in Iceland. It also explores for Nickel on the Julie Nickel Project & for industrial minerals on the Quebec’s North Shore and for Lithium and rare metals in Northern Quebec and in the Abitibi area. Headquartered in Montreal, St-Georges’ stock is listed on the CSE under the symbol SX, on the US OTC under the Symbol SXOOF and on the Frankfurt Stock Exchange under the symbol 85G1. For additional information, please visit our website at www.stgeorgesplatinum.com

The Canadian Securities Exchange (CSE) has not reviewed and does not accept responsibility for the adequacy or the accuracy of the contents of this release.